It’s been a while since I posted an end-of-year music article on this dormant blog, but I felt this was something of a banner year for new music. For that reason, I wanted to share my Top 8 Albums of 2013.

Why only eight? These were the eight that I listened to the most. These are the ones I felt were simply magnificent. Several quality albums missed the cut—Mogwai’s soundtrack album Les Revenants, my first exposure to CHVRCHES and the new album by Russian Circles that I’m just now getting into, for example. There were also some relative disappointments, like highly-anticipated albums by The National and Statistics that just didn’t grab me.

All that aside, here are the eight albums that defined my 2013: 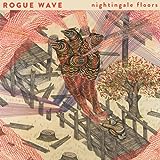 This wasn’t my favorite Rogue Wave album. In fact, it might have been my least favorite. But when you’re talking Rogue Wave, that’s still enough to get you on a list like this.

7. The Naked and Famous—In Rolling Waves 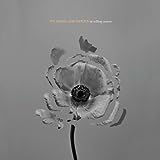 I only recently started listening to this one repeatedly. I’m not sure what was holding me up. I loved their last album, though I liked particular songs on it more than the whole thing (not something I do too often). This time around, I feel the album as a whole is better, though there haven’t been individual singles that have grabbed me quite like “Punching in a Dream” or “Girls Like You” did. 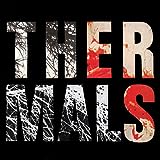 I often complain when bands “change direction” and lose me (Weezer, Radiohead, Wilco, Iron & Wine, etc.). The Thermals, on the other hand, seem completely resistant to change. When I listen to them (which is usually when I’m working and need to get shit done), I often plow through the entire discography, with little notice of when one album ends and another starts. 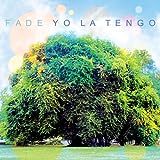 There are some bands that I’ve loved forever—Yo La Tengo, Teenage Fanclub, and The Posies, for example. At this point, the albums they release don’t resonate with me quite the way they did 10–20 years go, but I’m still so happy to have their music in my life. 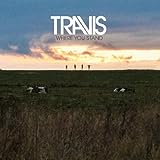 Travis’ first album since 2008’s raw and relatively lo-fi Ode to J. Smith was absolutely worth the wait. I don’t know if I should say it was their best since a certain album because 2007’s The Boy with No Name was really fucking good. The Boy with No Name was released after a four year gap while Where You Stand came after a five-year gap. It seems like there ain’t no Travis like a well-rested Travis. 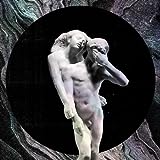 This is the only album on my list that will get much love in “mainstream” end-of-year lists—even though it’s the weirdest one I picked. When I was younger, I think I erred on the side of acceptance when a band released new material. You know, like “this band is awesome and they recorded it so it must be awesome”. That explains why I actually liked Weezer’s Maladroit when it came out when in reality it was the first in a line of absolute pieces of shit. But now I’m too old for that. If it’s shit, I dismiss it as shit.

Yes, Arcade Fire is an incredibly pretentious band. But they remind me a bit of Oasis in the respect that they can absolutely back it up. The Suburbs was my favorite album of 2010 and actually competes for my choice of Best Album Ever. So, the expectations were high for Reflektor.

Then they released the single “Reflektor”. My reaction was “the fuck?” I mean, I probably listened to it twice before the album came out. It’s not that it was particularly bad. It just wasn’t really anything. I kept waiting for something to happen and it never did. I didn’t even stream the album before it’s release. But when it came out, I got it.

“Reflektor” kicks off the album. My reaction again was “the fuck?” Then “We Don’t Exist” came next. My reaction was, again, boredom. Up third was “Flashbulb Eyes”. That one’s not boring, but it’s more experimental and is clearly album filler. Things were not off to a good start. Then “Here Comes the Night Time” started.

Arcade Fire was not only back, but that song sounded like the best Flaming Lips song since “Do You Realize??”. It was followed up with “Normal Person”, an absolutely epic track. And I mean “epic” as in actually epic. The rest of the album was a cross between incredible and more monotonous, boring filler. So weird. It turns out that 45 minutes of the album are absolutely incredible. 29 could have, honestly, been cut. It might have been a better album that way.

While there is a lot to dislike about Reflektor, any album that has “Here Comes the Night Time”, “Normal Person”, “Afterlife”, “Oh Eurydice”, and “Hey Orpheus” needs to compete for the top spot. 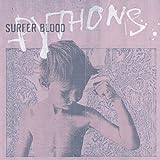 In late 2011, Surfer Blood released the Tarot Classics EP. I loved 2010’s Astro Coast, but Tarot Classics was incredible. Starting about mid-way through 2012, I kept repeatedly saying on Twitter that Surfer Blood’s next album would be the album of the year in 2013. The album was delayed for what seemed like an eternity, but it finally was released in June. And hot damn was it good.

If I could start a band today, this is probably what it would sound like. Loud, energetic, melodic, harmonies, short and catchy songs… the album is just a power-pop gem. 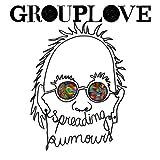 GROUPLOVE is basically the anti-Arcade Fire. They’re cheerful. They’re humble. And they just love to come to your town and perform a show for you. They also happened to release the album of the year (according to me).

I had a band in the late 1990s. I think the sound and entire essence of GROUPLOVE is what I was going for with that band. I failed miserably, but it’s really nice to hear someone finally pull it off. I had it in my head—I just couldn’t produce it. But they did.

2011′s Never Trust a Happy Song was probably the first time I purchased a band’s debut on the release date. The singles (which they released before the album came out) were just unreal. While Spreading Rumours might not boast singles like “Colours” and “Tongue Tied”, I think it is a better album as a whole. Don’t get me wrong—there are some great singles. Notably, “Raspberry” sounds like a perfectly executed cover of a Pixies song that never existed. “Ways to Go” is a track that took over my household like no other song… since “Tongue Tied”. “Borderlines and Aliens” revolves around a tremendous riff. Hannah takes control on “Didn’t Have To Go”.

Just so much to love. I hope you enjoy it.

While Spreading Rumours was my favorite album released in 2013, it wasn’t my most-listened to album of the year. By technicality, there’s another album that just missed out on the honor. That’s because it was released in November of 2012, but I only discovered it in 2013.

New To Me: The Babies—Our House on the Hill 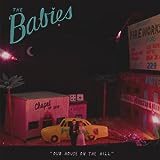 Let me reiterate—if this album came out two months later, it would have been my Album of the Year for 2013. No contest. I read one review early on that said The Babies were like a cross between The Ramones and bubblegum pop. That pretty much sums it up.

I’ve put together a Spotify playlist featuring three tracks from each of my Top 8 albums.

Also, you should really try out a few tracks by The Babies…